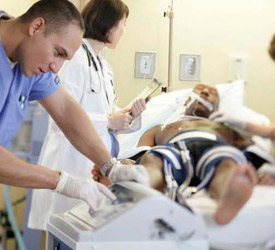 Out-of-hospital sudden cardiac arrest is common, occurring in approximately one in 2000 adults per year. Even though the victim may initially survive to reach the hospital, discharge rates are dismal at 4%-9%. Hypoxic ischemic brain injury is an important cause of morbidity and mortality following resuscitation. The goal of therapeutic hypothermia is to reduce brain injury in survivors of cardiac arrest so there is less death and an increased chance of good neurological survival. It was shown that by treating seven patients with therapeutic hypothermia, one life can be saved. Similarly, the number needed to treat to improve neurologic outcome in one patient is five.